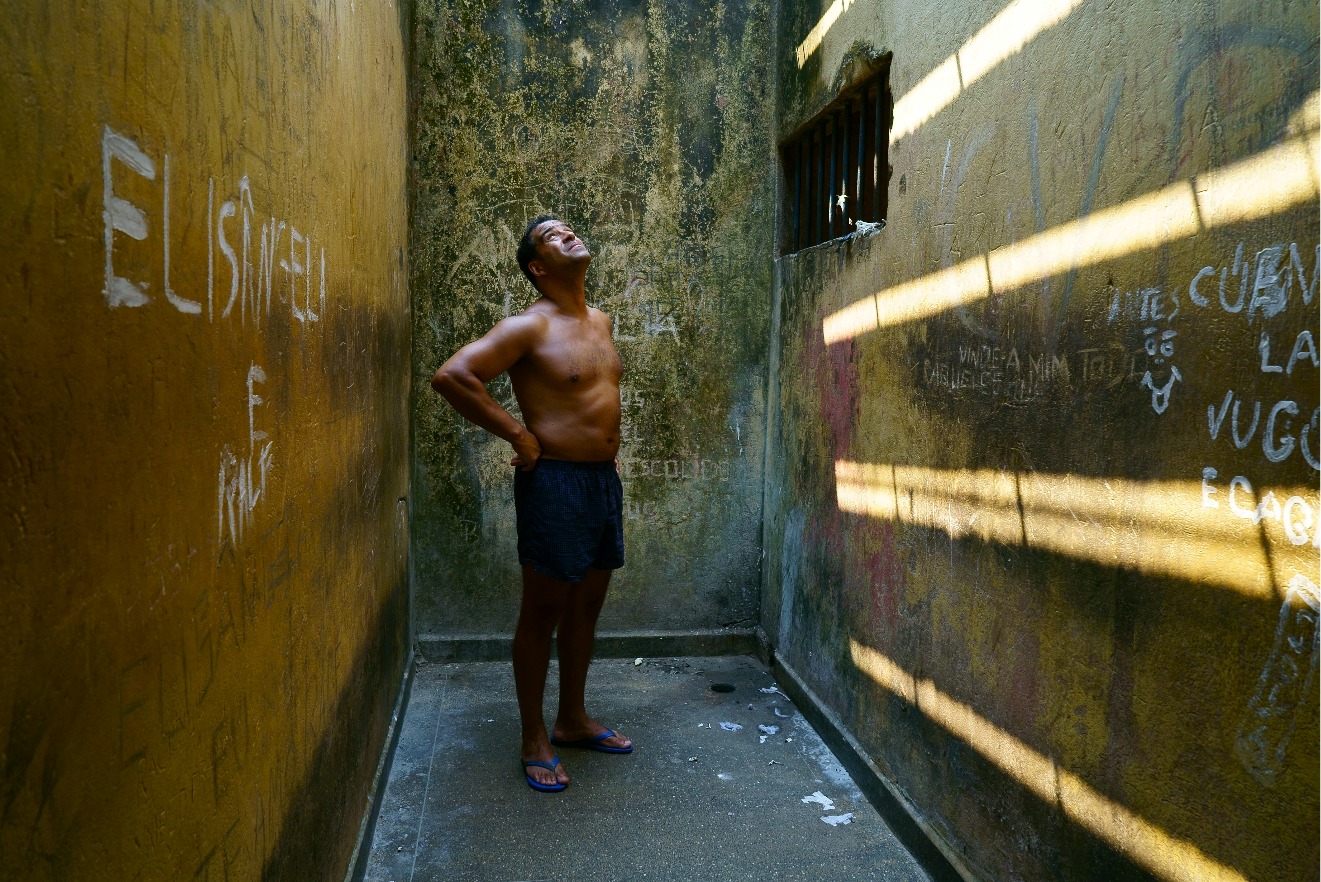 The holding cell I was put in, by two heavily armed guards, stank of sweat and urine and so the smell was overbearing. The space was so small, when I opened my arms, like the wings of a plane, I could touch the concrete walls closing in on me. The sun lit my face and shoulders as it beat down through the iron barred ceiling which also gave the shit smeared and dirty graffitied walls a shadow in long vertical strips. I called it the gladiator pit.

It was a space that made me feel very alone. It conjured feelings of terror that shortened my breath. My mind and body moved into a gear that can best be described as animalistic. This was a space prisoners were held before being allocated to another part of the prison. Some of the prisoners I was about to meet had themselves killed in an animalistic way. Some cut the heads off of rival gang members, during brutal gang riots, and played football with their heads. The videos I’ve seen of these incidents are truly shocking and I was about to meet many of the men involved.