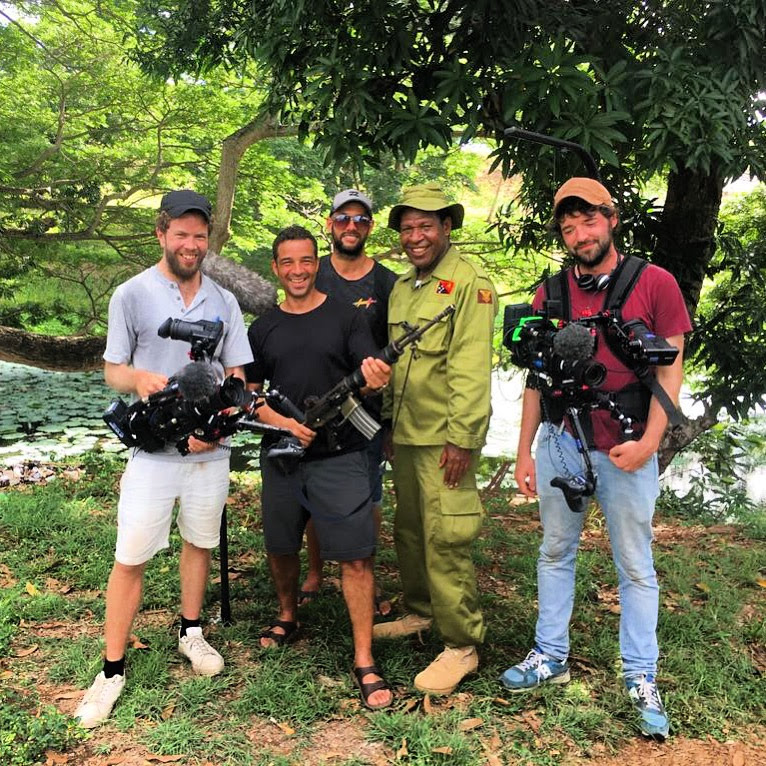 This photo was taken on the day I walked around the perimeter surrounding Bomana Penitentiary, Papua New Guinea. Josh in the blue shirt is the director, and Johnny in the mauve top is the producer, both are self shooting camera operators who filmed and edited this episode. The other guy, Andy, in the black t-shirt behind me is the sound man and the local in uniform is called Philip and the guard who allowed me to pose with his weapon for the photo.

Holding a gun is no nice thing. I laughed as we took the photo but also felt a bit guilty afterwards. Had the gun been used to gun down a prisoner? Had it been used on a visitor? The questions that raced through my mind after handing the weapon back kept me thinking.

A day after finishing our filming we were invited to the Prime Ministers Christmas Party. Here I am having a 'shoulder to shoulder' with him.