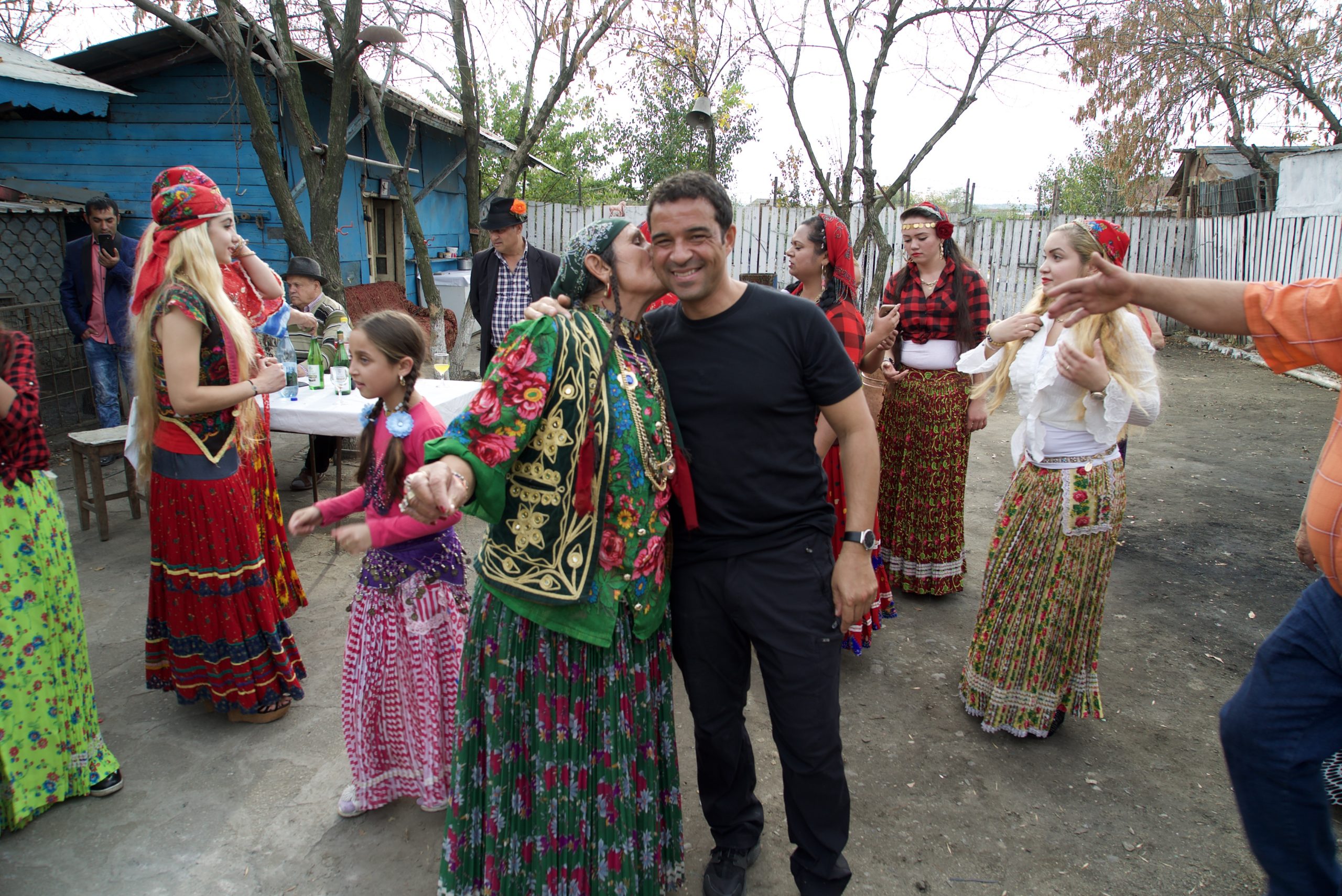 This elderly lady took a shine to me, and before I knew it she was squeezing my behind and leaning in to peck my lips. One swift turn by me and she landing on my cheek. It made me smile.

The Romani, or gypsy people, are minority community in Romania. I had the good fortune of meeting some when I was there filming an episode of the Netflix show Inside The World's Toughest Prisons. They were so welcoming and put on a traditional dancing and singing performance for me and the filming crew.

They are a community that feels discriminated against and complain vehemently about the way they are treated by the fellow country men and woman but mostly by the government. There is a negative perception, particularly among Romanians, that Roma people are far more criminally minded and antisocial than other ethnic groups. The stories they shared with me about not being allowed to enter shops, bars, nightclubs or live normally in communities is in contrast to the view of Romanians who believe the Roma people chose to live their lives in separation and are culturally very different. They dislike the fact that in many traditional Roma families girls are forced to marry at 12 or 13 years old, and are ceremonially sold for gold coins.

Tragically, Roma people were held in slavery until 1856 by the Romanians and many died in Nazi death camps during the world war. Like many ethnic minorities these people are pushed to the margin of society and suffer extreme poverty with a lower educational standard than the other ethnic groups in Romania.

Romanians deny that there is a significant level of racism and discrimination in Romanian society towards Roma people. They claim their efforts to integrate the gypsy community is met with hostility. I found the dynamics very interesting which set the context for the stories I heard inside the prison.