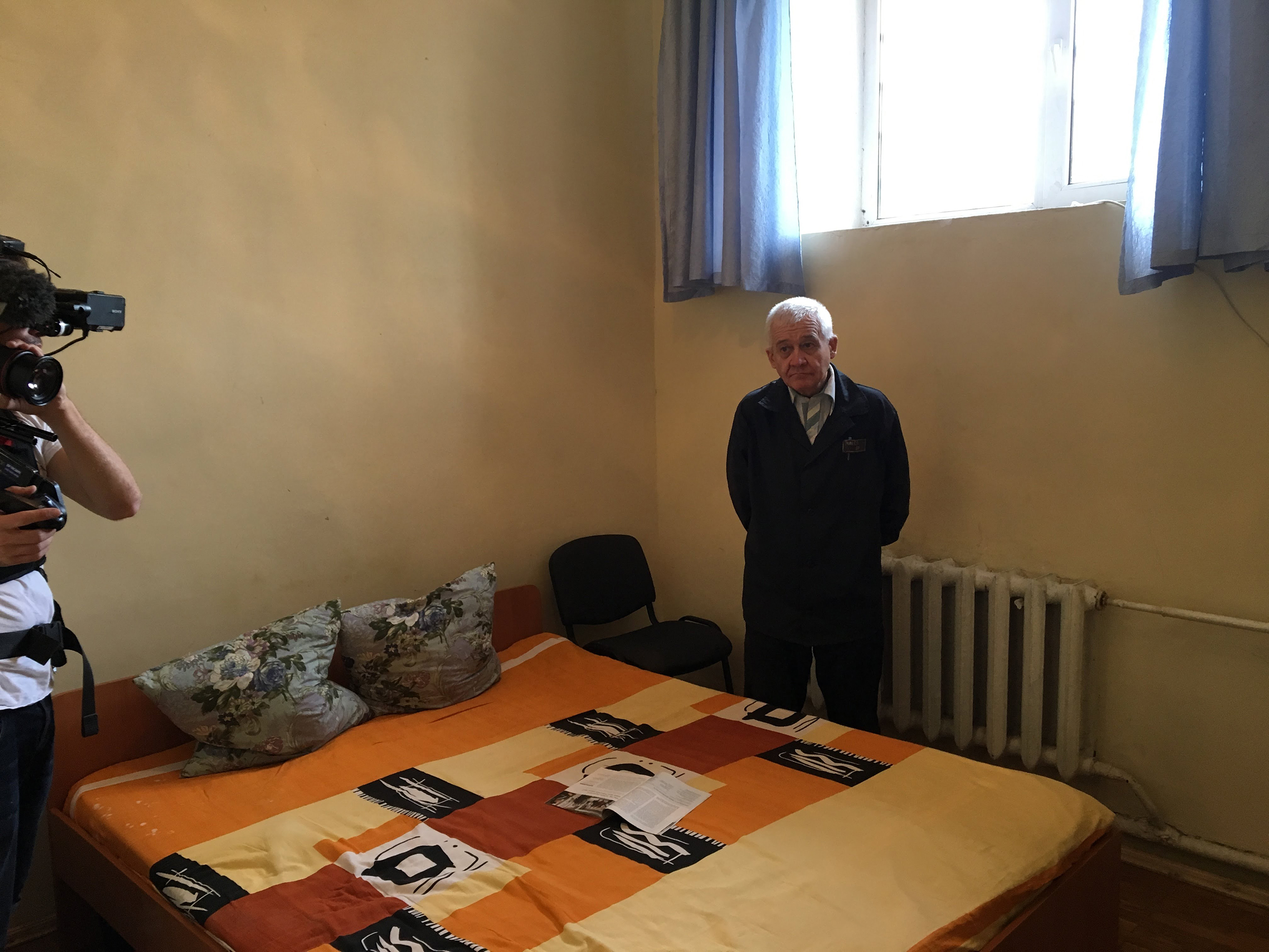 Waiting in a caged room inside a prison cell block to meet and interview one of Ukraines most prolific serial killers, Serhiy Tkach, was one of the most uncomfortable moments in my life. I don’t know why he agreed to speak to me as there was nothing in it for him other than being exposed for the savage senseless murderer he was.

The seconds before he was brought into the room was deathly silent. I did not know what this man looked like, how tall he was or his size. I wondered if he could fit in the cage, they intended to place him for the interview, in the room that I was waiting in. Was he really still so dangerous that it required a level of security that he could not get at me. Well I’m glad the authorities were not prepared to tempt fate on the day I met him.

He entered the room in a very shifty, nervous, shy kind of way. His eyes met mine and the energy of what was about to happen shifted. I felt as if I was in total control once the guards locked this ageing man inside the cage. The anticipation and uncertainty I was feeling was replaced with a determination to get, not only answers for his victims families, but what I hoped would help prevent future victims from killers like him. Think Mindhunter!

However, the questions and answers took a real bizarre twist when he told me he had married a young woman half his age in prison and that they had a baby. Then he invited me to meet his wife on the conjugal visit they were having that week. All I can say is you have to watch what happen next as words really cannot express what I heard and witnessed.